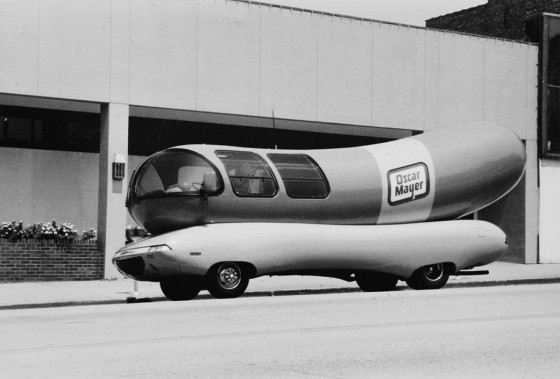 The Wienermobile is a part of American History and a great memory from my childhood. The first version was created in 1936 by Oscar Mayer’s nephew, Carl G. Mayer.

The 1995 version, I photographed, was 27 feet long and 11 feet high. It was built on a purpose-built chassis with Pontiac Grand Am headlights and Pontiac Trans Am taillights. It was one badass wiener!

It cruised down the main street and heads were turning, everyone waving at the “Hotdoggers”, the title Oscar Mayer gave to the drivers of the Wienermobile. If you were lucky a Hotdogger would hand you a toy whistle shaped as a replica of the Wienermobile. Fond memories were made, but I have since misplaced my Wienerwhistle.  LUVELLI